House flipping is seeing a boom.

In 2017, Americans flipped 207,000 single-family homes and condos – an 11-year high. The surging enthusiasm for flipping is credited to the popularity of TV shows like Fixer Upper and Flip or Flop, which have encouraged a new generation of wide-eyed investors.

Many newcomers to the industry have no prior real estate experience, but are persuaded by HGTV that they too can easily buy, repair, and sell homes for big profits. The reality they meet is often quite different from reality TV.

Talk to Joey Fenton and you won’t find a neophyte. A child of contractors and a licensed contractor himself, he and his wife Shannon operate a residential real estate business: Fenton LA. While some imagine house flipping to be a plan to get-rich-quick, he talks about what he does as a conscious and professional undertaking.

“I take them down to the studs completely, start over,” he said. “We go all in on every project, you know? It’s pretty much a new house when we’re done.”

Of course, Fenton understands that there are flippers out there whose aim is to “come in, make it look pretty, and sell it” as quickly as possible. But that’s not his personal style. He prefers to renew each of his houses from the ground up. Taking time, he’ll complete just one or two homes a year.

His most recent project was the 900 square foot bungalow on Perlita Avenue, in the Los Angeles neighborhood of Atwater Village. Built in 1923, the house has stood a near-century in an area notorious for earthquakes.

The house needed its foundation replaced, alongside a laundry list of other repairs.

“Everyone was viewing it as a tear-down,” Fenton said. “But there’s a lot of things going on around L.A. where they’re tearing down the old bungalows and building mansions in their place. We wanted to save it, you know?”

The Perlita house was acquired around Thanksgiving. Construction didn’t begin until the springtime, when the building plans were approved. Renovations were completed mid-August. A 400 square foot master suite was added to create a proper three-bedroom, two-bathroom home. That’s the sweet spot for the neighborhood, Fenton says.

Inside the Perlita Kitchen

“Perlita” takes a classic California bungalow and infuses it with a sleek modern edge. Upon entering, visitors are drawn into a bright, open space that delights the eye with its attractive mix of pattern, texture, and contrast.

“The whole theme of the house was black, white, and plywood,” Fenton said.

Set against all-white cabinets and countertops, the full-wall, starburst patterned backsplash serves as a striking focal accent. The modern design of the cement radar hex tile evokes a sense of liveliness and energy, and the black ties together other elements of the same color in the room, such as appliances and window trim.

The assertive backsplash is balanced out by the all-white countertops and Style-31 cabinets. Fitted with white finger pulls, the clean-cut cabinets play on a sense of casual, understated sophistication.

“We’re in Southern California,” said Fenton. “Everybody is very into this modern, mid-century inspired design.”

Storage space is abundant in this twelve-by-twelve kitchen, thanks to the generous use of cabinet drawers, storage pull-outs, and a pantry that goes to the ceiling. Open cabinet shelving offers a sleek design alternative to a potentially cumbersome corner cabinet.

The steely gloss of stainless appliances and quartz countertops are warmed up by the natural wood textures found in the oak flooring and plywood peninsula back-panel. The wood motifs are continued in the doors, exterior eaves and soffits, and the pendants, giving the space a cohesive, natural look.

“There’s more here than just a flip,” says Carl, himself a licensed contractor. “Just the detailing on the exterior – it’s not complicated, but it’s definitely been given some thought.”

“We’re very conscious of what we do, because we also do more real estate in the neighborhood,” said Fenton. “All eyes are on us, so everything here has to be done decently.”

The Perlita house was listed for less than ten days before being placed in escrow.

← Previous Next →
Showing 0 Comments
Back to Gallery 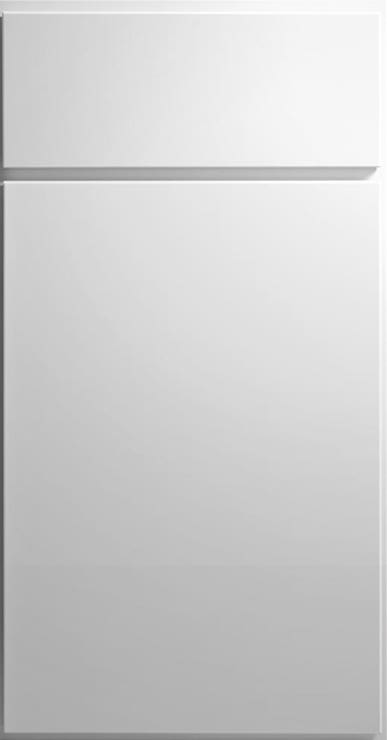